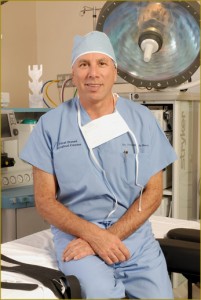 Dr. Franklin Rose is a board certified plastic surgeon serving the greater Houston area. As a nationally recognized cosmetic surgeon, Dr. Rose takes pride in providing the best in patient care and safety. He has been featured in the media many times on TV shows, magazines and newspapers. Click here for some of Dr. Rose’s appearances in the media.

Cindi Harwood Rose began snipping her way to stardom at the age of 16. Her career began at Astroworld, in Houston, which eventually took her to Disney World and Disneyland. Cindi is considered the world’s premier silhouette artist, and has sheared celebrities such as Elvis, Liberace, Mama Cass, Queen Elizabeth, Sammy Davis, Peter Fonda, Barbara Bush and Tony Bennett.

Cindi is also a co-founder of the Holly Rose Ribbon Foundation where she creates custom “Silhouettes For Survivors,” which are available for purchase. All Silhouette proceeds are dedicated to helping uninsured breast cancer survivors receive free reconstructive surgery.

In a family of three girls, Cindi grew up in Houston and attended Bellaire High, where she was editor of the paper and studied advanced art. Her father was a lawyer, and her mother, and interior designer. “My mother was selected to be a runway model with Ford Agency, but she opted to do work for Dad. She had very beautiful taste.” She was always introspective, always writing poetry and with a sketch pad in her hand. Her artistic bent won her awards in poetry and art contests. “Friends began asking me to draw them, and I never turned anyone away. Soon people were calling me to ask if they could commission me”

Cindi worked her way through college by doing silhouettes for customers at Astroworld and in DisneyLand, California. There she taught herself to hand cut silhouettes, the ancient French way of looking and cutting, without preliminary sketches, in one minute or less. With talent and speed going for her, Rose broke speed and production records.

Cindi graduated from the University of Texas with Honors in Fine Arts and Journalism. Further Art studies took her to Anderson Ranch in Snowmass, California for silhouettes in clay, and oil, the Glassell School in Houston where she learned bronze sculpture, and to Paris, France, where she studied the play of light upon objects under Mademoiselle Rinette.

After college graduation, she went to work at Disneyworld in Florida, where she did more than 600 silhouettes a day, including ones of Mohammed Ali, Joey Bishop, Sammy Davis Jr., and others. It was at Disney World that she changed her name from Cindy to Cindi at their suggestion. She loved it and never changed it back.

Eventually, she began cutting silhouettes for Neiman Marcus, Foley’s, Joske’s, Saks, Dillards, Lord & Taylor, Kaufman’s (in Pittsburg), the Europec in London, and on the BBC TV show, Blue Peter. She set her world speed record in San Antonio for the Express News which timed it. She cut 144 silhouettes in one hour breaking her own record she se the previous year of 133 silhouettes in one hour.

In 1982 Cindi married a local plastic surgeon, Franklin Rose. Since then she has become an asset to her husbands business. Now during her silhouette cutting sessions, Cindi will show her customers how they might improve after cosmetic surgery. If they like what they see, she refers them on to her husband.

Click here for more information on Silhouettes for Survivors

Cindi Rose’s sister, Holly Harwood Skolkin, was diagnosed with breast cancer and recently passed after a long courageous battle with this terrible disease.

After learning of their sister’s illness and that more than 45 million such Americans are without health insurance, Dr. Franklin and Cindi Rose made it their mission to help those in need. Today, the Holly Rose Ribbon Foundation, a 501 (c)(3) organization, underwrites reconstructive surgery for dozens of these patients each year.